One week after the burial of contemporary Ghanaian gospel music great, Danny Nettey, I am not too sure what to make of the sad incident, given his short even if eventful 48 years on earth

As a Christian, I can readily appreciate Danny’s sterling contribution to the genre. He lifted us into profound places of worship, we sang his songs even before we knew they were his, his music became a part of us, ran through our homes and churches like living water as he drew us closer to God while offering solace to the desolate. He was talented, owning every song he performed and imparting with his own unique worship anointing

Among other things, he took the gospel of Jesus to several secondary schools through songs and reportedly mentored many musicians. From his youthful days as music director and president of the Scripture Union, Danny clearly had a clear sense of his mission and went about his business briskly right from the start.

But as much as I appreciate Danny in all the above ways, I also worry about what I see as an early death. I worry about our culture that seemingly accepts the death of 48 year olds too easily, that perhaps unfairly and indecently ascribes it to the almighty God’s doing and that hastily concludes that there could be no better peaceful Christian  death than death in one’s bed, asleep.

So I hear typical expressions from Danny’s loved ones – “I really miss you but God loves you more, God knows best, precious in the eyes of the Lord is the death of his servant, Go join the heavenly choir because God wants you right there where you belong.”

My intention, of course, is never to question the will of God, assuming we know what it is. Neither is it to speculate on the medical cause of death. But we are also in times of great advancements in medical science; organs crippled by disease are being replaced, facial transplants are being done, specific genes responsible for diseases are being isolated and tackled way before these diseases manifest, newer drugs are emerging with less disabling side effects, and once complex surgical procedures are being simplified among others. For this and other reasons, in many other places, living well into one’s 80s or 90s is often taken to be a normal occurrence.

But here in Ghana, it would appear we welcome death too easily, accept the death of young people too readily, rationalize the causes of death even if preventable and in some cases do not even want  to know the cause of death of our beloved one.

How can I be sure God did not call Danny or that he succumbed prematurely? Perhaps I may never know

Moments like these however, stir personal reflections. My reflections take me over six years back. Back then, had the life of a very close friend, much younger than Danny, followed its then set course, I can very easily see how seven years down the line, he could well have suddenly collapsed and died. What would friends and loved ones then have said about yet another relatively young death; that God loved him more and took him to enjoy the streets of gold?  What were his preventable and/or manageable health issues? He was having recurrent headaches. The missus had recorded a few high blood pressure readings and wanted to quickly settle on a diagnosis and aggressively start treatment. He said tofiakwa! This high blood pressure is never true! He resisted, he hedged, he avoided, he got irritable, , citing a long list of excuses; it is just a slight fatigue, a little bit of rest will settle it, I just need to sleep, let me exercise a bit, you cannot diagnose on the basis of one reading only, stop exaggerating this! In short, anything   but the firm diagnosis which other doctors subsequently reached, his sentiments notwithstanding. Subsequently, all his well-meaning doctors like Winfred Baah, Francis Agyekum, Joan Agamah (May she rest in peace) promptly placed him on a firm and uncompromising path of recovery. Today, he is actively cooperating in all ways imaginable in his own management. Die he may, but not from that path of inactivity, uncontrolled hypertension and wicked cholesterol levels that he was on seven years ago.

Surely, not every cause of death is  preventable but the more we think in terms of mastering and overcoming the preventable causes of death and maybe pushing the frontiers of access to the best in healthcare for ourselves and for others, the less acceptable the deaths of young people would be.

For now, I suppose it is alright for our own consolation to say that Minister Danny Nettey did not die a preventable death and that Jehovah Lord God himself summoned him because he loved our Danny more than us! 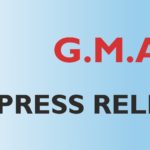 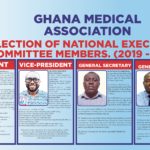