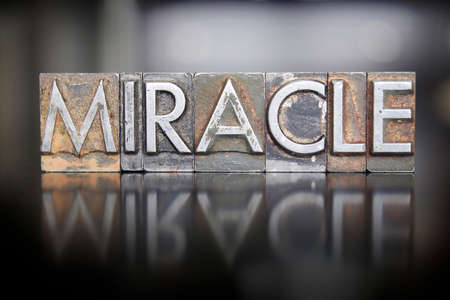 (a true story by Adoma Dwomo-Fokuo)

It was exactly a week ago today that I stood under a tree in the hospital, talking with Ofori on the phone. Ofori is a wonderful neurosurgeon and sorts out the kids I refer to him. I talked with him about how the day before, I had lost a kid to a brain tumour.The kid, who had a brain tumour, had fallen through a crack in the healthcare system and had died.I spoke with Francis about how challenging the system was for the ordinary Ghanaian. As we wrapped up our conversation, he said ‘ Hey, if you have some poor kids in need of a shunt, I have some free stuff to sort them out, let them come to see me this Tuesday and I will operate on them on Thursday.’ I didn’t hear the second half of his statement because my mind was already wondering how I would get in touch with Sheila .

Sheila was a cute little kid who had hydrocephalus and needed a shunt. Her mum was a single parent.. a teenager. They had been in our clinic ,for children with neurodevelopmental challenges ,for a couple of years. They couldn’t raise the funds to get her surgery done. Once a month, they would come faithfully for a refill of medication whilst her head kept getting bigger.

I guess Ofori realised that he had lost me because he repeated that they should come and see him on Tuesday with labs.

I thanked him profusely, hung up and started making calls to the members of our neurodevelopmental team to get hold of the children who could benefit from the shunts. And I expected to see Sheila on Monday morning.

Monday came and went and we hadn’t been able to get a hold of the child. The numbers her mum had given were either wrong or switched off. Same for all the other kids. But for Sheila, all the team wanted to move heaven and earth to reach her.

Monday night came, still no sign of Sheila but one of my nurses had good news… He had found out where they lived and would bring them on Tuesday. I kept my fingers crossed. The kid was supposed to be in Kumasi on Tuesday seeing Ofori. I messaged Ofori asking if the kid could come on Wednesday rather… He messaged back affirmative.
I was excited. Finally, Sheila would get her surgery done. Little did I know the stress.

Tuesday morning came with a rainstorm and I wondered if they would be able to come but by the time I got to work, Sheila was sitting there with her mum. She smiled at me. She had two front teeth missing! How cute.
We told her mum about the opportunity to get the surgery done at an almost negligible cost compared to what was normally done and she agreed to go see Ofori.

Sheila needed to get a brain scan done which would even determine whether the surgery was needed at all and so we needed to get her to our regional capital urgently to have the scan done.

Preston, one of my nurses quickly mobilized the funds for them to go and Princess, also a nurse, offered to go with them. Going to the big city hospitals can be a daunting task even for the most assertive city-dweller how much more for a village teenager.I was glad Princess would go with them as she would ensure that everything is done as fast as possible. Preston called the hospital to arrange for the brain scan and Princess and the mother-child pair set off.

Two hours later Princess called.They had been delayed getting transport and on the journey and so when they got to the hospital, the scanners had closed .My heart missed a beat. No scan meant no surgery. Oh no.
I called Jill, a colleague in another hospital who also had a CT scan machine and implored her to keep it on for my trio to reach there. I called Princess again to tell her to travel another hour to get to Jill’s place. She didn’t pick but called me back. The scan technician in our regional capital had come from his house to do it for Sheila. I couldnt believe my ears. He wasn’t on duty. It wasn’t his responsibility.. He didn’t even know the kid. But he came to do it. I was thrilled. I was touched.

An hour later, Princess calls me to tell me that the printer suddenly wouldn’t work anymore so they couldn’t print out the film. What a rollercoaster day! So my trio travelled back to me with the results on a CD.

Wednesday morning, we tried and tried and tried to open the CD just to see if it was hydrocephalus then we could send them on their way. The CD couldn’t be read. Help for Sheila was so close and yet so far.

Then we had a brain wave. We called Dr Abena who works with the scan technician and asked her to look at the kids results by email( the scan technician could mail it to her) and just let us know if it was hydrocephalus. If it was, we would send Sheila and her mum another regional capital and worry about how to get the print out later.

Dr Abena sent me back a message ‘it’s hydrocephalus’ .I don’t know when I have ever been so glad to see a diagnosis of hydrocephalus!!! Preston, Princess and myself then discussed despatching the kid and mum to see Ofori in another regional capital… But Preston looked uncomfortable and expressed his misgivings ‘someone must go with them or they will miss this opportunity’. Simple but true. Patients come back crying about the stress of attending the big city hospital. If Sheila and her mum miss Ofori, they will miss the chance of a lifetime.
Princess again said ‘ Boss, I will go. I will make sure they get it done’.
I was pleasantly surprised.
And so they left.

They got to the big city hospital late Wednesday night. Ofori was meeting some surgeons with whom he would do the surgery and couldn’t meet them but assigned someone to. They couldn’t get in touch with Ofori nor the contact person. They were stranded. Sheila’s mum was crying. She had earlier left her purse in the bus they took and some good Samaritan had thrown it down to them as they stood in the big city with cars and humans passing them by.
Princess persisted in the hospital, going back and forth till she got the contact person, secured a bed for the kid.
Around 10pm, she told me she was home.
I heaved a sigh of relief and could also get some sleep.

Thursday morning, I missed a call from Princess. I was expecting to hear that they had met Ofori and were on course. But no. Sheila’s health insurance would expire the next day.
People wonder why I can’t grow tall and must wear six inches… But truly, with all this stress how can I grow tall???
Princess told me not to worry and that she would get it renewed for them. And she did.

But friends, I am stunned speechless.

My team of staff is generally great: they donate blood for kids.They fundraise for the kids, organise parties,and blow balloons (made out of gloves) for the kids. They take care of abandoned kids: feeding them, bathing them, carrying them at their backs,singing them to sleep. Giselle even fed a blind kid, (who had been bitten by a snake and ended up with a terrible ulcer), for two months. She took him to her home regularly to bath him when his parents abandoned him for weeks.

So caring for kids and going the extra mile is commonplace for them. But what Princess had done simply blew my mind. Unprecedented. She didn’t have to… She wasn’t been paid for it… yet she did it… Ofori, the technician, Dr. Abena, Preston, and the others… all of them went above and beyond duty for the sake of a little girl…

Yesterday, I went to see the kid on the ward. She was as cute as ever and angry.. I understood her. .. it was the stress of a new place, the pain, the injections. I bribed her with money, she snatched it but didn’t smile. I tickled her and she laughed showing that smile that makes the sun pale in comparison.. A smile missing two front teeth.

Today as I sat in church, I was emotionally exhausted but couldn’t stop smiling(a 32 teeth smile, please) . A team of healthcare workers :Princess, Preston, my nurses, the scan technician, the radiologist, the neurosurgeon and his team and all the others: had made a miracle happen.

I remembered what Sheila’s mum had said last night .She told me how she still felt too scared to step outside the ward and was grateful to Princess .She shyly added with satisfaction gleaming in her eyes ‘they said her head will not keep growing so large because of the surgery and may even reduce abit’

Whilst the team of workers had gone the extra mile to make it happen, we never knew this was her deepest wish.
We had made a miracle happen. We had fulfilled a mother’s wish and put a child on a course to limitless possibilities.
Thanks to all the team who made it happen. I changed your names but you know yourselves. 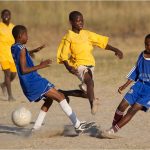